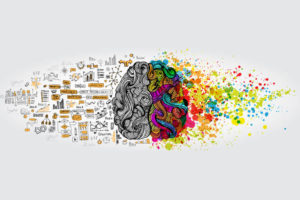 The human brain is influenced by brands

Research has long shown that branded packaging changes the taste of food. Further experiments have shown: from the consumer’s point of view, the taste of a product is not always its most important quality. Thus, Sweet carbonated drink A consistently bypasses Sweet carbonated drink B in a blind tasting, but also constantly loses if the participants in the experiment see what they are drinking.

Here’s another example. If the description of an expensive wine mentions a raspberry flavor with light almond notes, it will taste better than the exact same drink in a simple bottle. Of course, no one will confuse a frankly bad wine with excellent vintage wine. Indeed, expectations are a very serious force, but not an unlimited one.

Memory is not a videotape, but an expanded personal narrative. Many people experience false memories from time to time.

Here is the famous case of Hillary Clinton. She stated that she was nearly shot by a sniper at a Bosnian airport. However, she (or her brain!) has made up this story. In reality, the guests, Mrs. Clinton and the comedian Sinbad, were greeted very warmly – there were no incidents whatsoever.

It is clear that from the public point of view, this is a case of unacceptable lies. However, memory experts often sympathize with such people, as well as with witnesses who identify criminals, and only years after they realize that they have pointed to the wrong person…

Elton John called television “an addiction, which deforms the brain”. If you do not believe him, then listen to scientists – according to many careful studies, television is bad for the human brain, especially for children. It encourages intellectual free-riding and deprives the brain of generating unique experiences. When we watch TV, electrical waves in the brain take on an alpha pattern, which increases our suggestibility (this is convenient for advertising and propaganda). No wonder why many people who regularly watch a lot of TV programs, are often feeling lost and depressed.

If you feed your brain with stimulating, entertaining, new, and challenging activities every day, get moderate exercise, eat well, and communicate regularly, there is no reason for you to worry about mental decline, which is usually associated with old age.

However, sometimes exceptions occur. Studies show that healthy people with increased intellectual stimulation have half the risk of Alzheimer’s and other forms of dementia. The evidence is that declining intelligence is not part of aging, but a symptom of a disease.

In any case, you will be better off, if you regularly keep your brain’s potential at its peak by feeding it with solving problems, playing logical games, exercising regularly, and eating healthy food.

A bad mood is a consequence of a “hungry” brain

Many people are unaware that mood swings and uncontrollable outbursts of anger are the direct consequence of chemical reactions in their brains. The prefrontal cortex requires the most energy to function. Because of its significant energy needs and because it receives it last, this part of the brain usually suffers first when we are short of energy.

It is the prefrontal cortex that helps control mood. This part of the brain is responsible for personality, decision-making, and regulating social relationships. Obviously, you will not act in the best possible way if you make bad decisions and behave spontaneously in various situations. Therefore, this part of the brain must receive enough energy.

Our brain is the most energy-consuming organ. It consumes more than 20% of all calories that we take with food. Certain foods are an ideal source of energy for our brains, such as fruits, nuts, and Omega-3 saturated sea fish and fish oils. Keep that in mind when preparing for an important exam, or taking part in a lengthy business meeting.

The brain makes up stories by itself

Our brain is a master at making up stories. Zombie TV programs are doing their job, and the brain explains everything in such a way that we are sure that our choices are always ours. Scientists found this out by observing patients with divided hemispheres. If the command “walk” is shown to the right hemisphere, the person gets up and walks. But if you ask why he went, the left hemisphere immediately concocts an answer like: “I got up to drink water.” The lesson is that if you have a convincing explanation for an action, it does not necessarily mean that you have thought it over.

The human brain is more complex than any other object known to modern science in the whole universe. It has more neurons than there are stars in our galaxy – Milky Way! No wonder scientists only now start to understand how our brain works and why it often plays tricks on us. However, this journey is not over yet. More powerful MR-scans are needed to see in detail how the connections between brain cells and synapses are made and work. There are promising signs, though, that in the near 10-20 years scientists will finally reveal all the secrets of human thought.

A Discussion on Psychology of The Human Brain