Posted in Self educationNo Comments on Our Sunday Feeling 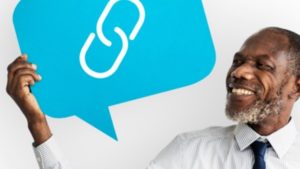 That’s when you need an essay writer.

Just about ten seconds ago, we here at BookwormLab learned something new. We learned that there is a short Wikipedia article about a well-known psychological condition called Sunday Night Blues. We discovered this because, in casting around for something to write about for this blog, we remembered Dad telling us, years ago, about how depressing Sunday afternoons were for him when he was a kid. At the time we were surprised to hear this, because he grew up on a farm (in Nebraska, no less) and we just naturally assumed that people back then who lived on farms couldn’t possible have things like Sunday Night Blues. That, surely, was the preserve of urban/suburban dwellers of the modern age, not rural dwellers of the last Ice Age.
Then he reminded us that his favorite band, Jethro Tull, did a song called My Sunday Feeling that pretty much gets it right. (It’s on YouTube.) Then there was Gloomy Sunday, from 1933, which is nice tune but kind of hard to relate to now. (Even Elvis Costello covered it.)
Actually, this condition could just as well be called Sunday Afternoon Blues. That’s when it always started for us, and it was our complaint about it one time-vacated sunny Sunday afternoon that got Dad to reminiscing. He told us that he solved the Sunday Blues by going back over his homework.

They had homework back then?

In any case, his solution lacked a certain, shall we say, cross-generational appeal. We never followed up on it. Fortunately, neither did he.
Except for genuinely creative endeavors — which are no respecters of time — there really is no cure or preventative for the Sunday blues other than to live a perfect if ordinary life in harmony with Gaia. Barring that for the moment, no matter what stopgap measure you try and no matter how cheerful the sunshine or snow, life on Sunday after lunch is increasingly suffused in a sort of non-alcoholic hangover.
Once back in middle-school  — the Sunday Blues already well-established — we had an exciting plan to don a Sunday secret identity. Wear clothes that we ordinarily would never wear. Make ourselves look radically different. And then go to some accessible part of the region far from hearth and home, and sort of hang out.

Dunno. Never tried it.
Well, for starters, you’d have to get up early and make a project of it. And if you’re going to get up early, why do it for something as impossibly stupid as that?  Why not just get up early, hop on a train or bus and hang out at the end of the line — as yourself?

But you’d have to be insane to do that.

The Wikipedia article has a wikiHow link on How to Overcome the Sunday Night Blues. It features an attractive young lass with a twelve-year-old’s perfect skin, putting on various unconvincing displays of boredom and disaffection. But it hardly helps us. She’s too clean and good-looking. Worse, she seems to know it. Part of the Sunday Blues is a feeling of being unattractive and flawed, of imperfection, of being slightly soiled and in need of a shower.
There is nothing to do! Or do about it!
You get a text:
S/he: wazup
You: n/m
S/h: lmirl
You: gl
Us: tsia