Posted in EssaysNo Comments on Political Science Today – What Has Changed During the Last Two Decades? 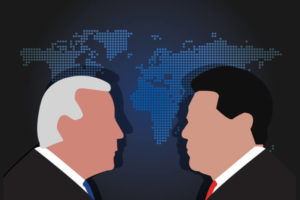 Whether we like it or not, but let’s face it – we are now living in a political climate quite different from the one some 20 years ago. In the 1990s the communist regimes began collapsing one by one across Central and Eastern Europe, and the world witnessed one of the most radical advances of democracy for the past 100 years. However, today most political theorists increasingly talk about a democratic recession or a slowdown of the democratic transformation of the global political landscape that we saw after the collapse of the Soviet Union.

The new climate is characterized and was largely caused by several profound trends, which are worth analyzing each one separately.

Shift from Economics to Identity
Some 20 years ago global and national politics were characterized by the ideological divide between a right and a left, which were predominantly defined in economic terms. Proponents of the right camp valued individual freedom and greater economic growth, while the supporters of the left camp demanded greater social and economic equality and redistribution of wealth.

Today the axis of the political divide is shifting away from economics towards identity. Under these circumstances, both the left and the right are redefining their arguments and objectives.

The theoretical basis of identity politics lies in the feelings that humans possess an inner dignity, which the world around them is not able to recognize. They feel the society does not respect them enough, nor values their contribution. Identity is associated with emotions of anger and pride. Britain’s exit from the EU was one such manifestation of restoring the national identity.

The global and national societies become more polarized and heated up by the rising wave of populists and demagogues. The latter successfully use the latest technologies, in particular, the capabilities of social media to spread hatred and unrest among their believers.

Transformation of the Left
The left, which is traditionally the umbrella for communists, socialists, and social-democrats, have now become rather the champions for specific identity groups, as opposed to the former role as promoters of the interests of the broad working class. Those identity groups are represented by people with disabilities, racial minorities and immigrants, indigenous people, sexual minorities, women, and so forth. Leftist parties in the UK, EU, US, and other developed democracies now see themselves as representing the interests of the above-mentioned minorities, and the tactics they use and their political remedies are tailored to each specific group. As a consequence, large masses of traditional-leftist voters have now moved toward new populist forces.

Transformation of the Right
Similar changes are happening on the right. Conservative parties of the twentieth century promoted individual rights and free markets, supported free trade, and even welcomed immigrants. However, the “winds of change” are now blowing from the other side displacing those values with ethnically-based national identity, and proponents of the right become more worried that “our country is being taken by hordes of unskilled immigrants threatening our traditional values and the way of living”. The European Union is facing the biggest danger here as its transparent borders are holding dozens of independent states and cultures.

Soviet communist corpse disguised by traditional values
A new type of conservatism has emerged in the 2000s with authoritarian Russia playing a locomotive role. It is grounded in traditional national culture and values and opposes liberal values such as welcoming of immigrants, globalization, and freedom of speech. Since Vladimir Putin’s rise to power some twenty years ago, Russia began financially and morally supporting conservative populists across Europe and in the US. Putin could not find anything better but to resurrect the old Soviet values and secret services methods to bribe and inspire opposition to the Western world values and democratic politics.

His destructive enthusiasm is originating from a deep feeling of injustice and shame for his country’s defeat in the Cold War along with the strong desire to avenge the West and to reassert Russia as a top player in the international arena. Similar to the German 1930s social-democrats rise to power, which was also based on the revenge inspirations after the defeat in WWI, the Russian post-soviet military resurrection is extremely dangerous.

In the world that is guided and restricted by the law and moral, Putin’s barbarian methods of breaking international laws, playing against the rules, capturing territories of sovereign states, and spreading propaganda and fake news across thousands of puppet media resources nationally and internationally – seem to have an apparent competitive advantage. Destroying is always easier than building.

If the West would continue to underestimate the threats coming from this neo-Soviet, oil, gas, nuclear, and revenge-powered bully, the consequences might be catastrophic and irreversible.

Political Science Today – What Has Changed During the Last Two Decades?