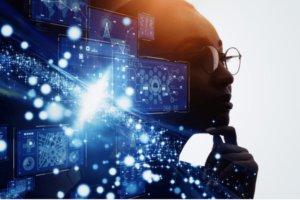 In 1945, an engineer from Raytheon, Percy Spencer, was working on a microwave emitter for the military. During one test, a chocolate bar happened to be in his pocket – it melted under the influence of microwaves. So Percy came up with the idea to use microwaves to heat food!

Two years later, Raytheon released the world’s first microwave oven. That was a bulky device a size of a table used in military hospitals and canteens to defrost food. The very first household microwave oven was introduced in 1955. Only 7 years later, in 1962 Sharp launched the mass production of microwave ovens.

Vulcanized rubber, which is used to make durable rubber products such as car tires, was invented in 1839 by Charles Goodyear. The American had been working with latex (rubber) for years, but he only managed to get a durable material after accidentally spilling drops of rubber mixed with sulfur on a hot stove. The rubber edges have vulcanized and were no longer sticky and brittle like regular latex.

In 1844 Goodyear succeeded in patenting his invention. Soon, the first rubber tires appeared – albeit at first without an air chamber.

American engineer Wilson Greatbatch invented the implantable pacemaker in 1956 as a result of a mistake. While working on an apparatus for recording heart rate, the scientist accidentally used the wrong transistor. As a result, instead of recording the rhythm, the device sent electrical impulses that imitated the beating of the heart.

Greatbatch showed his invention to surgeon William Chardak. Together they modified the device, and in 1958, with the help of a pacemaker, they were able to control the heartbeat of a dog, and in 1960 – a man.

The stickers or post-it notes appeared thanks to the unsuccessful experiments of a scientist from the American company 3M, Dr. Spence Silver. He worked on a strong adhesive for a glue tape but got an unexpected result: an adhesive that binds poorly to the surface. Dr. Silver understood that he had invented something promising, but for over a decade he could not come up with practical use for his discovery.

The solution came from another scientist at 3M – Mr. Art Fry. Fry sang in the church choir, and he was annoyed by the bookmarks that constantly dropped out of his songbooks. He suggested that Silver apply a thin layer of new glue to the paper – and it turned out that it sticks well and peels off the paper. So in 1977, post-it notes appeared which today can be found almost in every office.

Bubble wrap, which is used today to transport fragile items, is an invention of American Alfred Fielding and Swede Mark Chavan. Their invention represented a classic story of a garage startup from the late 1950s: two young men dreamed of creating a product that would make them famous and rich.

Their very first invention was wallpaper made up of two bathroom curtains. Air bubbles got between the curtains, which created an unusual effect. Although such wallpapers were easy to clean and looked quite in the spirit of the 50s, consumers were not interested in the product. Fielding and Shavan did not give up and began to offer their material as a cover for greenhouses. However, here they failed too.

The inventors continued to come up with new uses for the cover. One of them was for the packaging of fragile materials – because the air bubbles cushioned shocks well. Real success and wealth came when the product was demonstrated to IBM. At that time, the first computers went on sale, and a reliable cushioning package came in really handy while transporting them.

In 1942, American chemist Harry Coover was working on a transparent plastic material for gun scopes. As a result of a series of experiments, he accidentally discovered a very sticky substance that adhered to any surface. At that moment, the discovery has not gained much attention, but 9 years later, Coover and his colleague Fred Joyner again accidentally produced the same substance – cyanoacrylate. Scientists realized that they had discovered a glue that was unique in terms of reliability. It went on sale in 1958, first as the Eastman 910 and later as the Superglue.

Coover also discovered that his superglue is capable of binding not only solid materials but also human tissue. From the Vietnam War to the present day, cyanoacrylates have also been widely used in surgery instead, where they substituted stitches.