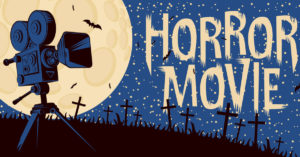 Our recipe is both simple and reliable. To come up with the list of the most impressive Halloween movies we decided to turn to a single most competent person who has earned a reputation of being the king of horror – Mr. Stephen King! He turned 72 a month ago and has written 88 books over the course of his life. His talent to tap into the deepest human psyche to find out what scares us has been well noticed by Hollywood – more than 40 movies were made based on his books since 1976.

This list showcases why Stephen King will always be the master of the horror genre both in literature and in movies.