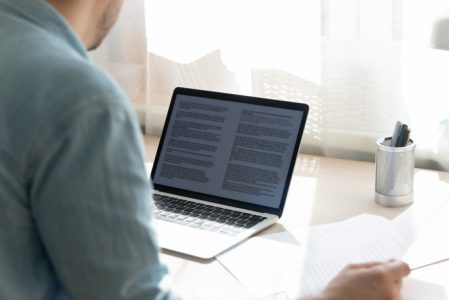 How the brain of creative people works

Thanks to modern equipment and the exponentially growing power of brain scanning devices, a lot of research on the structure and work of the human brain is now being carried out. And one of them was devoted specifically to the subject of making money and experiencing the feeling of a reward.

German scientists from the Göttingen Medical Center tried to figure out what happens when making money and receiving benefits at the physiological level. This discovery has already been recognized as a breakthrough.

All subjects were shown images. According to the conditions of the study, they had to find green among different colors and press a special button. The subjects received 30 Euros each time the correct answer was chosen. And if the button was pressed upon images of a different color, the participants did not receive any remuneration.

During this experiment, multiple MRI scans were taken, and the subjects were divided into two groups.

The first group included people with developed logical capabilities. They were sincerely happy to earn money. Physiologically, this was reflected by high activity in the striatum and anterior prefrontal cortex, which are responsible for dopamine production and feelings of satisfaction.

In the case of the group of creators, the opposite is true. When they found green, their brains showed little activity in those areas. But when finding “free” colors, the creative brain released the hormone of joy. That is, at the level of physiology, these people were happy that they did not make money.

Thus, scientists have come to the conclusion that the brain of creators takes an interest in the process itself, without considering material rewards. That is why often in the real world money for creative people remains out of sight.

What should creators do to make more money?

We do not encourage following the lead of our own brains. Let’s leave aside the popular sayings, such as “an artist must be hungry”. Let’s try to figure out what the people of art should do to create and earn at the same time.

The easiest way is to find yourself an agent. Many artists, writers, and actors have been relying on the system of agents for a long time. Delegating creativity assessment, project negotiation, communications, commercials, and sales are very helpful for creative people. By the way, there is a myth that only famous creators can afford an agent. On the contrary, there are many agencies that are looking for just newbies. All you need to do is to show a bit of perseverance and patience in your search.

Agents typically work for a percentage of deals and sales. So you initially do not lose anything, and the agent contracted by such a scheme is personally interested in increasing your earnings.

If you want to do without intermediaries, though, think about the question: what prevents you from making good money? As a rule, it’s all about fears. Be honest with yourself to bring fears out of the shadows of your creative mind and try to understand how to proceed. Another option is to cooperate with psychologists, coaches, or other similar practitioners.

If you find that nothing is bothering you, start analyzing what you are doing. Stop being shy about your creations and forget about modesty. Participate in any public events, exhibitions, and festivals. After all, the more people find out about what you are doing, the more likely you are to find clients.