Posted in Writing tipsNo Comments on Why We Oppose SOPA&PIPA and Why It’s SO Important You Take Action! 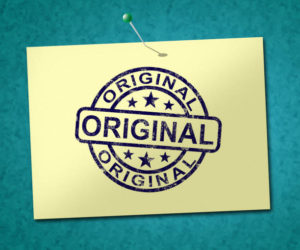 Today, on Wednesday January 18th, thousands of websites are protesting SOPA&PIPA by blacking out!

This action demonstrates what the Internet would look like, if the suggested bills became laws. Bookwormlab.com’s team, as well as millions of other web users, strongly believe, that there is no need to censor social networks and search engines. By this blog post we are bringing awerness to our clients about two bills that put freedom of the Internet in danger. By knowing in what way exactly SOPA would affect everyday Internet users, you will fully understand why it is essential to protect the web as we know it.

The video below explains how exactly the proposed US legislation will influence the freedom of expression in the most powerful media – the Internet.

As you have learned, SOPA won’t achieve it’s goal of stopping piracy, instead it will just ruin the basic principles of the Internet, such as free access to information. You might as well just say goodbye to every website you are entering millions times a day: YouTube, Facebook, Twitter, Wikipedia, Tumblr, Ebay, etc.

What other threads does enacting the SOPA bill bring?

Seems pretty severe, right? But we still have time till the 24th of January, when the Senate will begin voting for the new law.

What can you do to help stop SOPA?

Americancensorship.org will help you cope with all that mentioned above! Also use links of Google and Wikipedia to review steps you can take to oppose passing of these bills.

If you are afraid even to think about the world without free knowledge, join us in strike against SOPA! Become the part of the biggest online protest – you can make the difference! It’s too important to walk by.
Sincerely yours,
Bookwormlab.com Team

Why We Oppose SOPA&PIPA and Why It’s SO Important You Take Action!